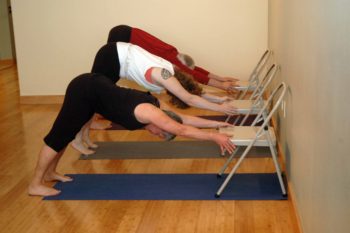 Iyengar yoga is named after yoga master, B.K.S. Iyengar, Dec 14, 1918-Aug 20, 2014. Born into abject poverty, in the village of Bellur, India, his unique karma and exceptional dedication to practice brought him world wide recognition and respect. Known as Guruji to his devoted students around the world, B.K.S. Iyengar was the author of some of the most highly respected books on the subject of yoga. Among them are Light on Yoga, Light on the Yoga Sutras and Light on Pranayama, all of which have been translated into multiple languages. He received numerous honors and awards both in India and internationally for his achievements in yoga and his dedication to its promulgation as well as being voted one of the ‘100 most influential people in the world’  by Time Magazine. There are now Iyengar Yoga Schools in 76 countries on 5 continents and with millions of people practicing Iyengar Yoga, it is the largest yoga organization in the world.

“Iyengar Hatha Yoga is meditation in action”. It involves the practice of yoga postures and breathing exercises that work every muscle, bone, joint and organ in the body with steadfast mindfulness to attain a more balanced state. Working through the concreteness of the body, yoga teaches one to first observe and then integrate body, breath and mind.

*Attention to correct alignment is a cornerstone of the Iyengar system so that maximum benefit may be experienced in each pose while reducing the risk of injury.

*Skillful sequencing of poses with intentional “timings” (length of time spent in each pose) for specific effect.

*The use of yoga “props” when necessary, enables every student to perform each asana safely or more deeply than would be possible without the assist. Yoga props include blankets, blocks, straps, chairs, walls and original wooden structures that were designed by Mr. Iyengar. 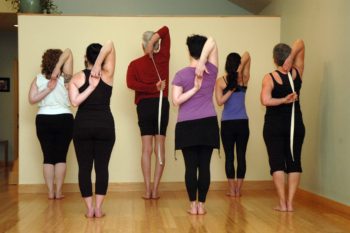 While other systems of yoga have also adopted and now commonly use props, it should be noted that it was exclusively due to Mr. Iyengar’s keen observational skills and innovative spirit, joined with his desire for all people to be able to enjoy the benefits of yoga, that inspired him to develop the use of props for the teaching of Hatha Yoga. 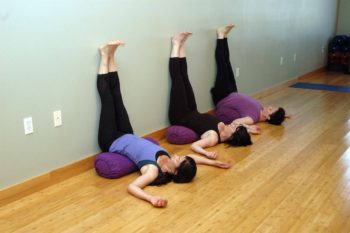 Iyengar yoga is firmly established on the profound and timeless classical treatise, the Yoga Sutras of Patanjali. The great Sage Patanjali is said to have lived around 2500 years ago although some scholars now place him even earlier. We are indebted to him for his codification of yoga into 196 terse sutra-s (verses). This brilliant work is the most complete dissertation on the subject of yoga ever written. Within just 4 short chapters, Sage Patanjali succinctly outlines the entire path of yoga, including the obstacles one may expect to encounter, the powers and gifts (potential traps in themselves) one may gain and the final glory of Self-realization.

According to Patanjali, man’s purpose on earth is to know himself at his deepest level, his very Self or Soul. He enumerated the different practices or disciplines that must be mastered in order to reach this lofty goal and named it Astanga Yoga, which means The Eight-Fold or Eight-Limbed Path, (not to be confused with a contemporary style of yoga known by the same name). These eight limbs (set out below) are the Yogic foundation, which supports a life of integrity; physical/emotional/mental well-being and spiritual growth.

5. Pratyahara – (Withdrawal of the Senses) Pratyahara is the withdrawal from the outer world as experienced through our senses so we may journey farther inwards towards a more dispassionate, objective observance of ourselves.

6. Dharna – (Concentration) Dharna is the practice of making the mind “one-pointed”, so as to steady it and make it still. This state of “one-pointed ness”, when prolonged, leads to meditation.

7. Dhyana – (Meditation) is the state of existing fully in the here and now. Having naturally arrived at this stage thru the practice of “one-pointed ness”, thought ceases and we abide in the present.

8. Samadhi – (Bliss) Union of the Individual Self with the Supreme. Samadhi is a profound state of grace that is gained after prolonged meditation, wherein the practitioner transcends the illusory sense of separateness from the Universe. Samadhi is the culmination of the practice of all the limbs of yoga.